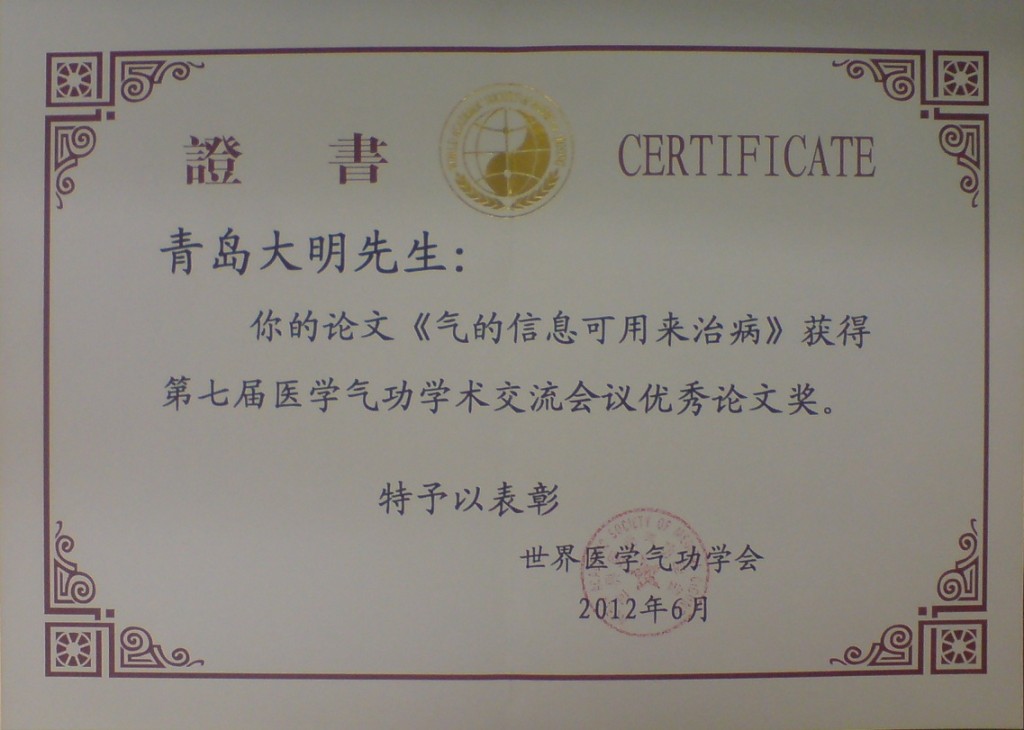 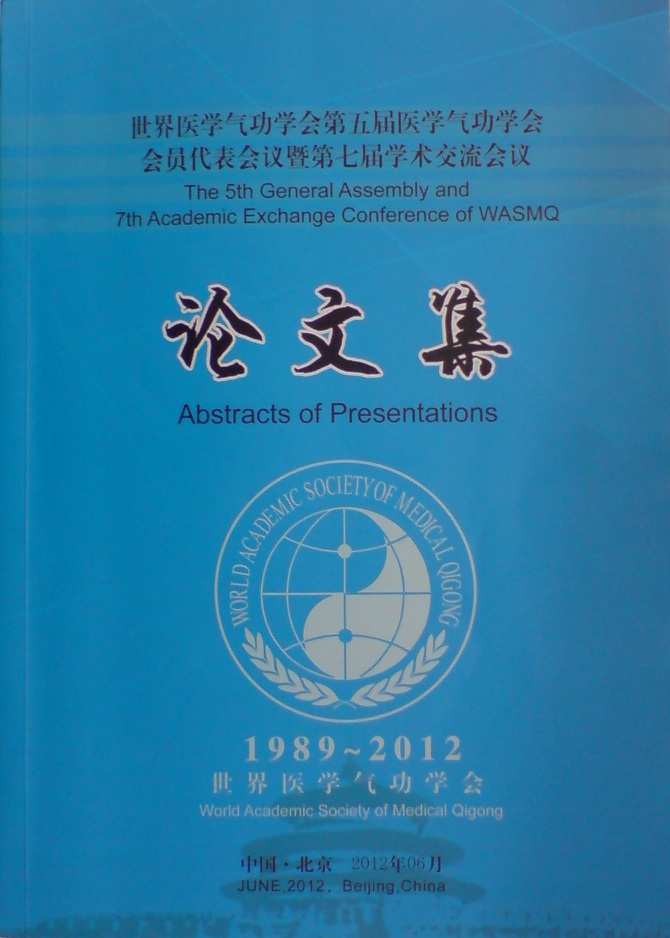 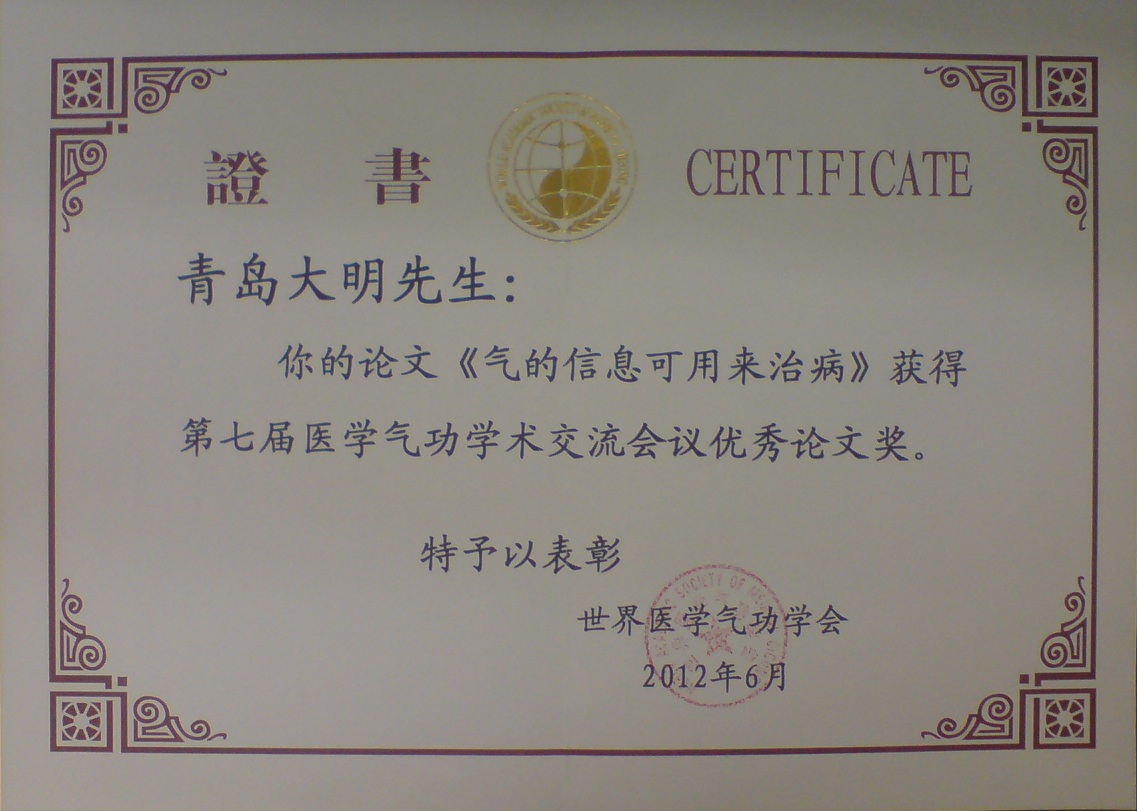 This paper is intended to scientifically validate the effectiveness of Qigong (QG) Theurgy.

The origin of QG Theurgy can be traced back to 7,000 ~ 9,000 years ago, when witchcraft was resorted to treat illnesses, overcome difficulties, and solve political and social issues. So incantation already existed back then.

Internal Canon of Yellow Emperor (Huang Di Nei Jing) considered wizardry as “zhuyou”(incantation), and wrote “in ancient times, treatment to illness relied on incantation over changes of body essence (Jing) and Qi “, which means that treatment in the past was done by having information changed.

Along with the history of later-born Taoism and Buddhism, QG Theurgy has been passed onto the current generation as a solution to health issues and to human life challenges.

By learning QG Theurgy and applying it to multiple patients, I have found countless cases where the root causes of illness were related to Qi’s information. I have verified that QG Theurgy can improve treatment in a faster and more exact manner.

In western medicine, patients are treated in separate departments of hospitals. However, QG Theurgy sizes up the whole body and holistic health conditions before giving therapy, therefore it is still difficult to amass multiple cases for one particular disease.

To validate the effectiveness of QG Theurgy in the most scientific way possible, it is better and more realistic to compare the knowledge gained from western medicine with doctors’ opinions before and after the therapy by QG Theurgy.

As examples, I have chosen a video clip and cases of hereditary neurofibromatosis, spinocerebellar degeneration (SCD), and subarachnoid hemorrhage, all of which demonstrate changes before and after therapy. In the future, I would hope to join western medicine doctors to collect more cases in order to build a system of common research.

1. A video clip (with full permission of the patient) shows the QG Theurgic therapy on Mr. Satoshi Ishii, a Japanese judo athlete for +100 kg category at the Beijing Olympic Games).

On June 20, 2008, his right hallux went off the joint, with the fractured bones pricking out from the wound, leaving him with 8 stitches. Due to the injury, his foot still hurt when the body weighed in. Swollen and aching, his lower back grew so painful that he could not bend downward. His crotch also had an issue, incapable of a wide spread-out. In addition, his cervical vertebrae hurt when as a freshman in high school, and still numbed his neck and arms in his senior years in college. As a result, he was having a depression back then.

On July 12, right before the Beijing Olympic Games, I gave him the QG Theurgic therapy.

Upon inspecting his physical conditions, I found malignant information inside his body. As my therapy finished, his lower back swelling and pain were both gone, and his injured right hallux no longer hurt on standing. His crotch could also fully open up, and the numb and pain associated with previous move of neck and shoulders vanished as well.

On July 23, I performed the second therapy.

On August 15, he gloriously triumphed at the Olympic Games with a gold medal of +100 kg category judo.

(1) Recklinghausen’s Disease (Neurofibromatosis type I), a female in her 20s.

Recklinghausen’s is one of the intractable diseases nationally listed in Japan. With main symptoms as cafe au lait and neurofibromatosis, it displays phakomatoses that combine osteopathy, ocular diseases, neuro-oncology and various other symptoms, and it is obviously a hereditary disease induced by pathogenicity genes. The number of such patients in Japan is estimated at approximately 40,000. Impact of radiation could also be a cause.

Dermal neurofibromatoses usually spread out to the whole body since the beginning of puberty. While rehabilitation after surgery can be remarkable, the medicinal and genetic treatments remain difficult.

I have verified that the she inherited the disease from her father. From August 2008, with a staggering walk, she could barely move in November and had to stay in bed thereafter.

The whole body ached as soon as her neck turned left, and only the eyeballs and fingers were capable of moving. Tumors had grown in her spinal cord, cervical, thoracic, and brain stem, and confined her diet to only rice porridge.

A doctor even diagnosed as “she had lost the strength to get up, and her illness was incurable.” ”

On February 6, 2009, I gave her the first therapy. Soon after, her legs could make a little move. While she would easily vomit at turning her head before, this has not happened even once since the therapy.

After the therapy of February 13, she could raise both legs in bed. Soon, she was able to move hands and to eat with her right one.

She could sit up from bed in April and manage to walk in May.

Since then, she attended therapy once a month. Now she can walk properly and has been doing her previous job with enthusiasm.

(2) Spinocerebellar Degeneration (Machdo-Joseph Disease), a female in her 50s.

A nationally categorized special disease, Spinocerebellar Degeneration derives from the necrosis and disappearance of neuve cells in cerebellar, brain stem and spinal cord. It creates handicap such as walking difficulties and slurred speech.

In addition to such ataxia, symptoms may also include orthostatic hypotension, sweating and urinary dysfunction, bumping of lower extremity, peripheral neuropathy and muscle atrophy.

Western medicine so far has not demonstrated a fundamental cure yet, and even if there are medications, they have only slowed the progression of the disease.

Her doctor said that even if he prescribed drugs, it would not help much. She thus did not try them.

On November 22, 2008, before her first therapy, she was not able to walk up straight, and even about to fall when trying to. Nor could she stand on one foot for more than one second.

After my therapy and her persistent practice of QG, she became capable of standing for a count from one to ten, and gained the capability of running at last. Later she was even able to jump twenty times. Now her staggering walk is barely seen, and may only happen when she exercises for long hours.

In July 2010, she received tests of blood, MRI and movement disorders, but her doctor diagnosed that “cerebellar atrophy remains the same as before, no changes are observed, and nor can any deterioration be detected. Other complications have also disappeared. Since the worsening progression has stopped at this moment, it is proper to just keep watching from now. ”

Genes are also information, and should therefore be manageable.

In fact, hereditary diseases may not occur at people’s birth, and even if stricken by the same hereditary illness, the occurrence may be at different timing for different people.

In other words, even if people carry malignant information, there are still benignant moments when it can be brought under control and healthy state can be prolonged depending on human effort.

The occurring of hereditary diseases should be due to the impact of certain activated information. If such impact can be removed, we should be able to deactivate the active information back to its original state. In other words, if we can identify the state and improve it, we can manage the situation.

(1) Subarachnoid hemorrhage, a male in his 40s.

It is believed that subarachnoid hemorrhage is 90% attributable to the breakup of aneurysm. It is a serious illness in which approximately 1/3 of patients would die, another 1/3 would be handicapped, and the remaining 1/3 may get rehabilitated. It is said that approximately 20,000 people in Japan contract such illness each year.

According to western medicine, this would require a surgery that opens up the skull and operates inside blood vessels.

On January 29, 2009, this gentleman who learned some QG was trying to remove malignant Qi from his wife. While she somewhat recovered, the man felt discomfort and passed out at home. The wife contacted me right away, I delivered therapy via telephone in forty minutes. As a result, his situation was somewhat improved.

However, I asked him to immediately call an ambulance to get to a hospital’s emergency room.

Upon a CT exam, he was diagnosed as “subarachnoid hemorrhage, high bleeding under a dire condition”.

After the CT examination, I gave therapy again over telephone through his wife. At an ensuing MRI examination, the bleeding aneurysm could no longer be found, and the blood clots, regarded as reference points to deduce bleeding locations, did not show either.

After the MRI, doctors insisted that the burst aneurysm may break up again if left unattended, therefore he took multiple 3D angiography examinations in order to locate the bleeding aneurysm, however, doctors could not identify it, complications like pneumonia and hydrocephalus had been cured, and cerebrovascula spasm did not happen.

He was able to move out of the intensive care unit in ten days, and given no sequelae at all, he was discharged from hospital twenty four days later. In two months, he was back to work.

Doctors from the hospital and even those of my acquaintance had warned that “his life will not be saved without a surgery and it is wise to apply QG afterwards”, recommending a surgery first. However, his wife totally disapproved of this idea, saying “a surgery would drive him crazy” and insisting on my QG therapy for his recovery.

The MRI scan he took on October 7, 2010 also resulted in a diagnosis of “no issues”.

The therapy I gave to this gentleman was the QG Theurgy called “Geshan Zhixue”(remote-stop bleeding).

Based on my therapeutic experience of hemorrhage cases including this intracranial bleeding, I trust that QG Theurgy is capable of controlling the platelet-function driven human hemostatic mechanism.

In addition, judging from multiple cases of intracranial hemorrhage, same-day therapy is often followed with quick recovery and without sequela.

By identifying the benefits of traditional QG Theurgy and employing them against diseases, we can live a healthier and happier life with less misfortune. Furthermore, we can make an ultimately great contribution to the well beings of human race by spreading the right understanding of illness. In fact, the existence of Qi’s information significantly impacts our lives and I wish more people are aware of this.

② The medical science of Qigong & Theurgy to protect yourself against evil spirits – “Why doesn’t your disease get a cure?” by Daimei Aoshima (June 2011, Magazine of Kodansha) 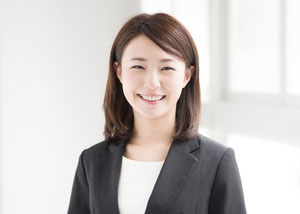